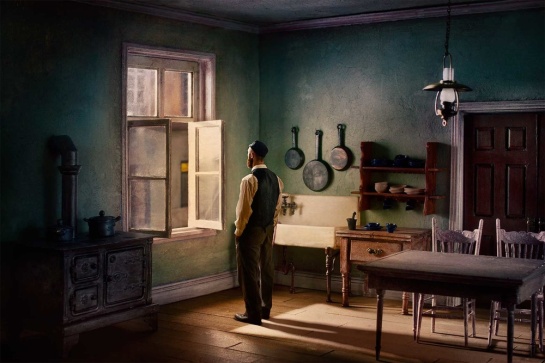 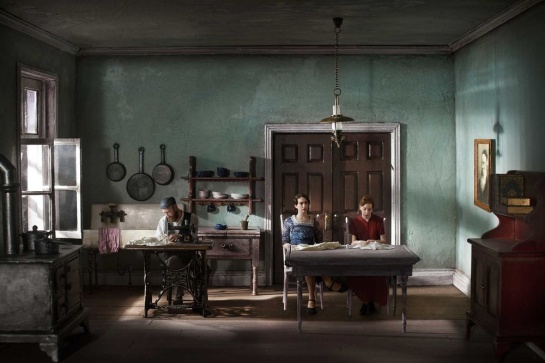 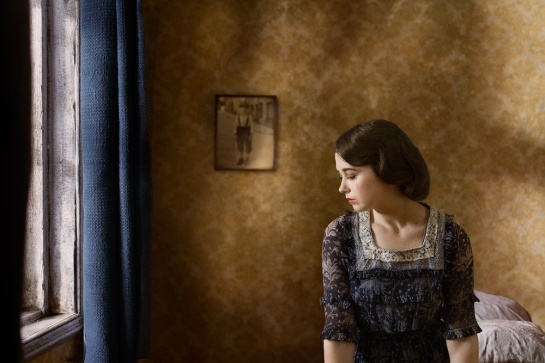 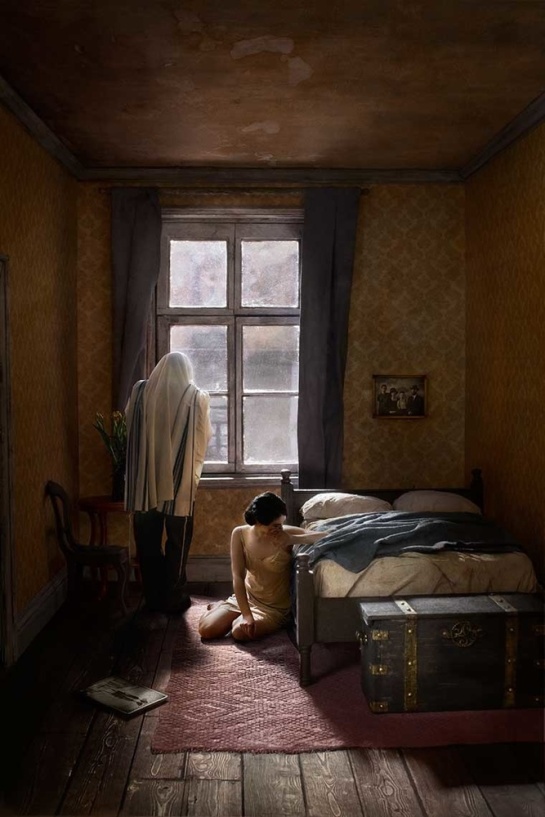 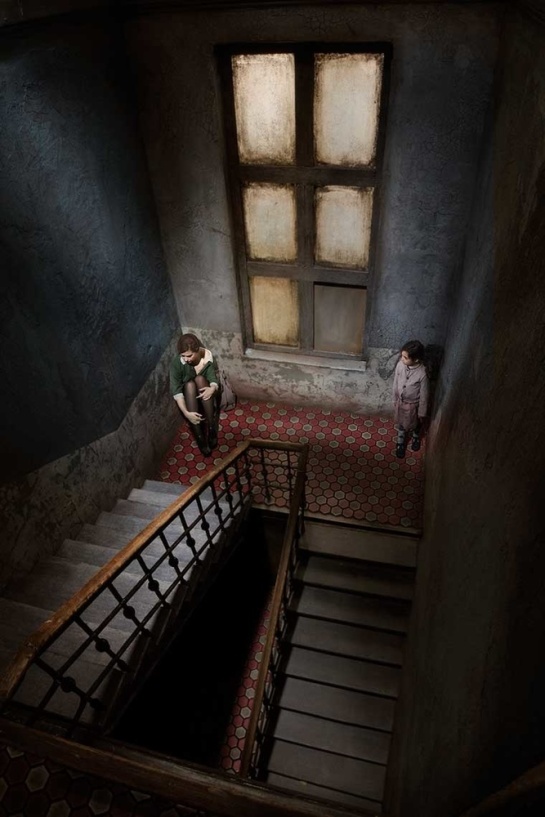 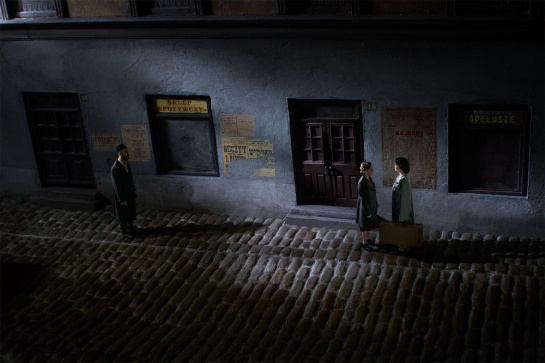 ‘”Once Upon A Time In Kazimierz” is a novella told in staged photographs.

It portrays an episode in the life of a fictional Jewish family living in Krakow, Poland in the year 1930. Set in the historically Jewish neighborhood of Kazimierz, the series was inspired by visits to Krakow, where my wife, Ewa, grew up and attended university. This is also not far from where many of my own East European Jewish ancestors lived before immigrating to America around 1900. The project is my attempt to visually weave together narrative fiction with strands of both cultural and family history, while paying homage to painters I love: Vermeer, Rembrandt, Van Gogh, Balthus, and Di Chirico, as well as photographers like Bill Brandt.

Dreamlike and poetic in style, “Once Upon A Time In Kazimierz” tells a tale primarily of loss. Death, the fraying of family bonds, and feelings of grief haunt many of the images, but these are also punctuated by moments of love, longing, and tenderness. The neighborhood of Kazimierz itself is a metaphor for loss and decay. As described in 1935 by the Jewish historian, Meir Balaban, the Jews who were still remaining in the “once vibrant” neighborhood of Kazimierz were “only the poor and the ultra-conservative.” And while the series takes place some years before the death camps of the Holocaust, a growing darkness is apparent, along with the underlying awareness that most likely and tragically, the fates of all of the characters are doomed by history.

Like “Hopper Meditations,” my previous series, the images in “Once Upon A Time In Kazimierz” were created by digitally marrying dollhouse–size dioramas with live models. First, I built, painted and photographed the sets in my studio. I then photographed the live models against a plain backdrop, and lastly, made the digital composites using Photoshop.

This way of working affords me control over the elements of set design, lighting, and composition. All of these aspects are significantly inspired by both the theater and cinema, as well as the artists I mentioned. While I strive to make the miniature sets as convincing as possible, they deviate just enough from reality to enhance the theatrical, slightly surreal mood of the piece.

In an attempt to both depart from—and build upon—”Hopper Meditations,” in which each image contained its own discrete story, all of the images in “Once Upon A Time In Kazimierz” are linked to a larger narrative arc. While I have a particular sequence of events in my own mind, I like to think of this story as open-ended, perhaps as movie stills from an unseen motion picture. Thus, each viewer is left to ponder and interpret each image, to fill in the gaps between the images, or to rearrange their chronological sequence. It is my hope that in this way, the pictures in “Once Upon A Time In Kazimierz” reflect the fleeting, fluid nature of both memory, and of dreams.’ 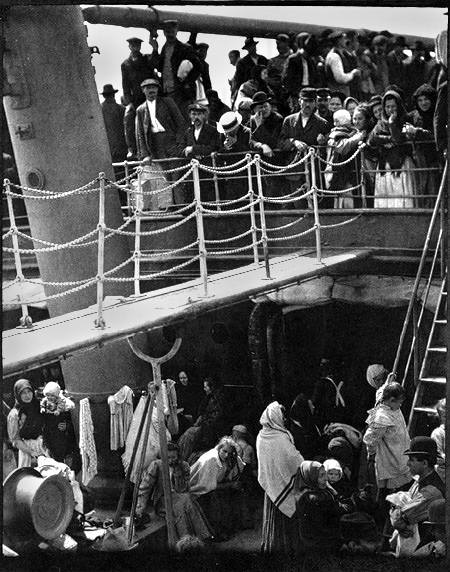 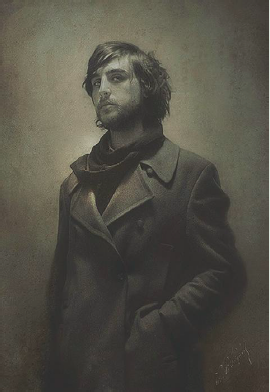 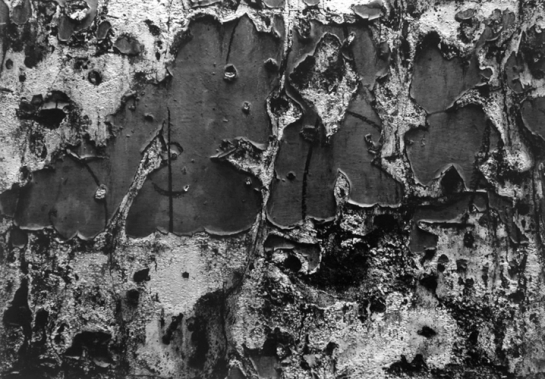 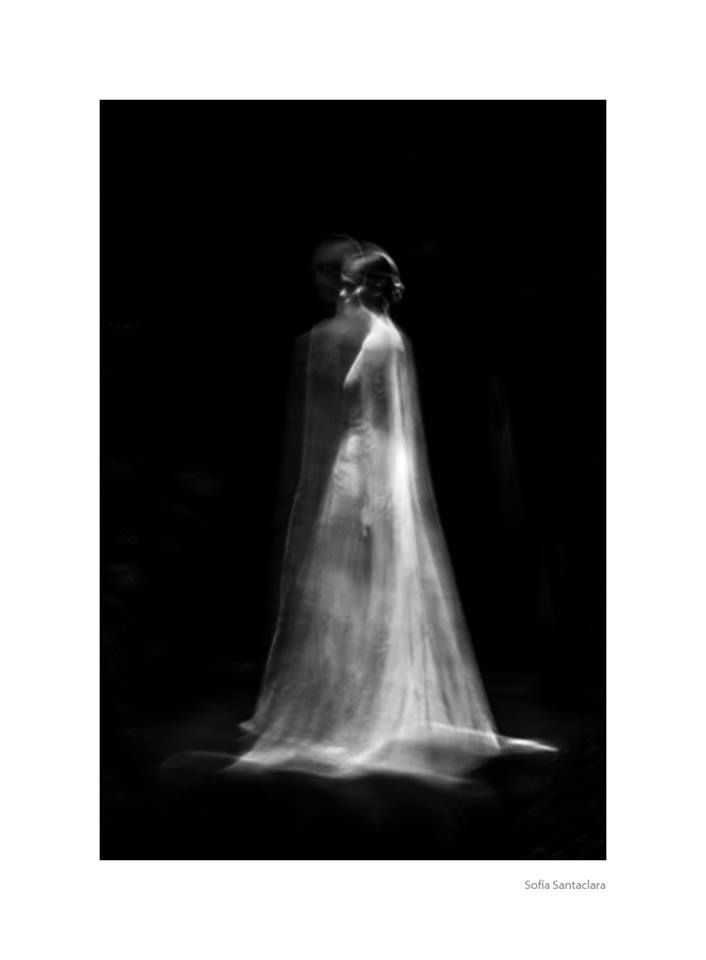 Sonia Delaunay wearing the Pierrot-Éclair costume designed by her, 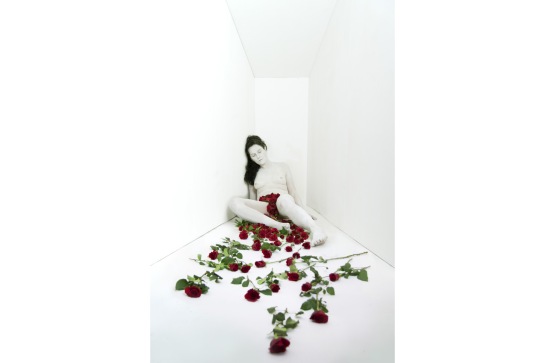 Check ‘I see what you did there vol. 2″ for more of Catherine Hourihan fine art photography.